Here is the message from last Sunday at BIG CHURCH… Hope you enjoy it. 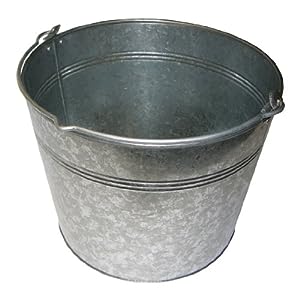 9:35 Then Jesus went throughout all the towns and villages, teaching in their synagogues, preaching the good news of the kingdom, and healing every kind of disease and sickness. 9:36 When he saw the crowds, he had compassion on them because they were bewildered and helpless, like sheep without a shepherd. 9:37 Then he said to his disciples, “The harvest is plentiful, but the workers are few. 9:38 Therefore, ask the Lord of the harvest to send out workers into his harvest.”

Drop in the Bucket

There are a lot of big problems facing us today. These same problems we have today are not likely to diminish any time soon. When we look at things like the national debt ($15.5 billion), global poverty (half of the world population lives on less than $2.50/day, 80% of the world’s population lives on less than $10/day), the environment, nuclear armament, genetic engineering, AIDS, human rights, and list goes on and on. Looking at all of these problems we can see that they are going to still be problems when these teens are raising teens of their own. It is a little depressing and easy to get overwhelmed. Huge problems overwhelm us on so many levels. We are simply not able to comprehend the enormity of the problem and feel powerless when it comes to doing anything about it. To cope, many of us do nothing. This week there was a popular phenomenon going around facebook. Maybe you saw the posts that had Kony 2012 and wondered who that was. It’s Joseph Kony, a Ugandan warlord who is accused of abducting children and turning them into warriors and slaves. He is the leader of the Lord’s Resistance Army. He is the subject of some awareness videos posted online recently. Many people have watched these videos and most people feel the same way, helpless. What can we do about a warlord in a country thousands of miles away? Sometimes we feel like a drop of water in a bucket. Turn with me to Matthew 9 and we will see Jesus confronting a dire situation and examine how he approaches it.

In this section we see a transition between his miracle ministry and his discipleship ministry. Matthew has just spent the last two chapters showing the reader different types of miracles. We see demoniacs, sick, lepers, paralytics, mute, deaf, and blind people healed. Jesus even heals a soldier’s daughter long distance. Matthew also shows us how Jesus controls the weather. This is the same phrase is used in 4:23 and it is considered by many bookends to Jesus authoritative words and deeds. The movement is from Jesus’ words, to his deeds, and next will be the response of the world, i.e. persecution. In the next chapter Jesus sends out the 12 and tells them they will be hated on his behalf. In this small little passage we are given a great summary of Jesus’ ministry, motives and method.

First, let’s look at his Ministry. His ministry was all about the work of the Kingdom. When Jesus is still a young man we read way over in Luke 2:49 (I think Edwin preached on that in 2009… jk) that Jesus tells his parents I must be about the things of my Father. The work of the kingdom is my priority. Jesus is always working to advance the kingdom because the Father is also always working. Read John 5:17 – So he told them, “My Father is working until now, and I too am working.” What does Jesus’ kingdom ministry look like? I see three things that Jesus did to advance the Kingdom.

He taught in the synagogue. A First century Jew saw the synagogue as a very important place. It was not only the social hub of the town or village, but it was also where they were instructed in the Word of God. They went to the synagogue quite often. They were there not only on the Sabbath, but at least two other times during the week, and on every other festival , feast, and holy day. And every time they met, someone would read from the Pentateuch; and then another would read from the prophets. After that, someone else would stand up and give an expository teaching from one or both of those passages. We still believe this kind of expository teaching is a priority. There is a high value to meet together and learn the meaning of the Word of God. But Jesus does not just teach people the Bible as his total ministry.

He preached the gospel. This is Evangelism. Jesus went from town to town saying Matthew 4:17 From that time Jesus began to preach this message: “Repent, for the kingdom of heaven is near.” He is going from town to village and proclaiming the Gospel message. He is in the streets and on hillsides and packed into houses heralding that message of the Kingdom of heaven. So, he taught the word in the synagogue, preached the gospel outside the synagogue, and had one other part of his ministry.

He healed every kind of disease and sickness. Looking in chapter 8 and 9 we see a number of great miracles, many of them involving healing people. But these stories were not a complete listing of every miracle Jesus ever did. No, Jesus went from town to town to town healing. There were so many healings that John 21:24–25 This is the disciple who testifies about these things and has written these things, and we know that his testimony is true. There are many other things that Jesus did. If every one of them were written down, I suppose the whole world would not have room for the books that would be written.  Why did he do all these miracles? He did them for two reasons. 1. It verifies the message. Jesus was different. No one taught like he taught in the synagogue. No one preached the same way and the same message he preached. He was different. Not only was he different than the religious leaders of the day, many times he opposed them. So, how to get people to believe a radical message? How do build trust in an audience that has never heard the kinds of things Jesus said? How do you take on community leaders? You do it with support. Jesus’ verification was his deeds. The blind man knew what he was talking about when he said, “We know that this Man must be of God.” Nicodemus had it right when he said, “We know that no man can do the things that You do except God be with Him.”  Jesus does these miracles to verify what he is saying. But there is another reason and that reason is connected with the next verse.

It demonstrates the loving-kindness of God. Jesus’ ministry was not crusade against disease; rather it was to change the lives of individuals.

We see this loving-kindness, his motivation, in the next verse. Look at verse 36 When he saw the crowds, he had compassion on them because they were bewildered and helpless, like sheep without a shepherd. Jesus understood completely the crowd’s situation. This wasn’t a God who didn’t understand. Our savior is not an apathetic God, no; he is a God who took on flesh. Jesus, who understands the plight of these people, feels pity, or compassion for them. The word means, literally, to be moved in one’s gut with pity. This is when you feel the pain in your gut. You hear that terrible news and feels like you have been punched in the gut. Your fears, anxieties, needs all grip us in the gut and wrench it. Jesus, saw these folks and he was wrenched in his gut. The closest thing I relate is when a parent has a child in life-threatening surgery or ICU. Seeing your child suffer and not being able to ease the pain. Jesus care about people in this ultimate way. Take for example Lazarus. He had just died and was in the grave. John 11:33 says When Jesus saw her weeping, and the people who had come with her weeping, he was intensely moved in spirit and greatly distressed. Jesus cared to the point of suffering. He felt for them. So much so, that in verse 35 we see Jesus weep.

Their plight was not different than the scores of people we see every day. Our friends, colleagues, family, classmates all of them are afflicted by the human condition. Add to that having no hope, living in broken relationships, being oppressed, and the people you look to for help are hurting you. The text says that they were harassed and thrown down. How many people do you see that are harassed, weary from creditors, thrown down by mean people and bad situations? This is the need of people we are around all the time. Therefore, our need is to be moved to compassion like Jesus. We need to care about their need. We need to love like Jesus did. He was so much a man focused on others! Admittedly, that compassion does not come natural to us. It is a work of grace in our hearts and, for that reason, the product not of works, but of prayer. “He saw the crowds and had compassion for them.”

This also means actively looking and seeing what is out there. We don’t see what we don’t look for.

This is where many teens are, they see the injustice and they want to change the world. But as many of them get older they become hopeless as they see themselves as helpless.

The work seems overwhelming. But Jesus does not focus on the impossibility, he focuses on the potential. THE HARVEST IS PLENTIFUL! He doesn’t say oh poor pitiful people, look at all the lost causes… The harvest is plentiful, the crops are ripe for the picking.

With this kind of hopeless situation demonstrates Jesus’ method. He doesn’t say the need is so much, go out and do as much as you can. Or, only do what you can do and ignore the rest. His method is to pray for workers.

You are not able to do everything. This also tells us how to pray for unbelievers…

Instead of praying for that lost friend or neighbor Jesus tells us to pray for that person who will be the ambassador for Jesus.